Last two weeks, after a very hectic weekdays, we decided to bring Adam to watch his first movie ever! I went to TGV website and saw that Hop was showing. Rio was not out yet then. I had absolutely no idea what the movie was all about when we decided to watch it. The poster looks like it's a cartoon show so I guess there must be rabbits hopping around. And the chick looks cute too. 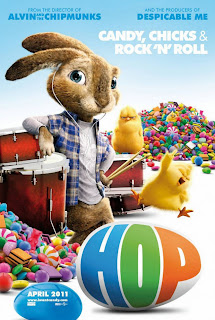 We had a quick dinner and dashed off to Bukit Raja to catch the 9.15pm show. I felt the timing of the show was just right as Adam's bedtime is around 12am-1am. While waiting for the show, Adam took a ride on a fire engine. I did not have much coins so Adam had two rides only. Obviously that wasn't enough. 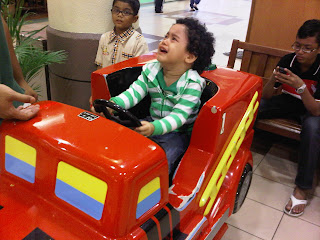 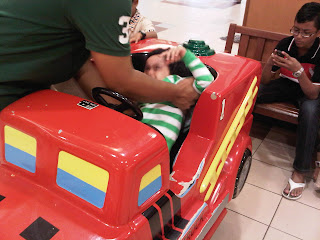 Then Adam persuaded Daddy to buy him some popcorn. Actually I have already bought some but did not plan to give him before we go into the hall. To avoid another scene, I let him have some of the popcorn. And as expected, once his hands were in the bag, he will not take it out. Even his dad was scolded bila mintak sikit  from him. Haiyoooo kedekutnya! 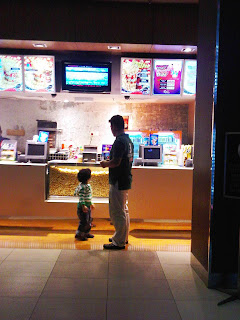 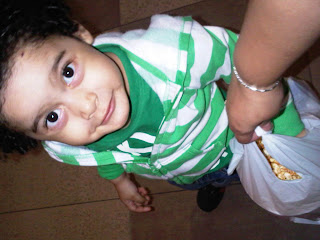 Once we were in the movie hall, he kept pointing to the screen and asked what's that? Movie, I told him. He kept on repeating the question until he could pronounce it properly. (When we went to Starbucks last Sunday, there was a huge blinder outside the cafe and Adam pointed to it and proudly said "Mommy, movie")
As for the movie, Adam enjoyed the part where the rabbit played the drums the most. When asked what did he watch at the movie, he kept saying rabbit drum and make drumming action. The parts where human were talking bored him a bit. After sitting for so long, Adam stood up and that was the most action he did. Yeayyy! I was so happy he did not run around in the movie hall. Guess my lil Adam is now big enough to watch a movie :) So, can we watch Rio next, Daddy? 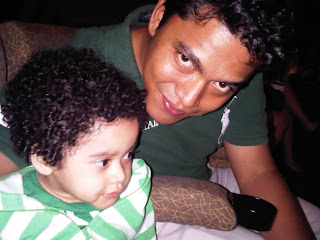 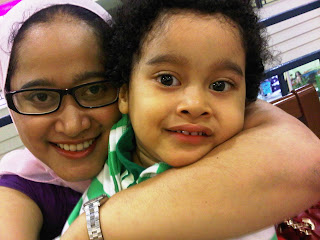 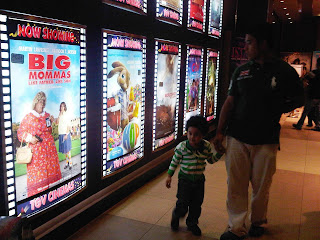