During a recent visit to a cousin's house, Adam saw my cousin's daughter, Annysa, drank her milk from an elmo bottle. Right away he danced and tried to talk to the bottle. As Annysa was happily enjoying her milk while lying on the mattress, suddenly, Adam snatched the bottle and drank the milk right away though he had just finished his bottle a few minutes before. Though I was not there (Adam went there with Daddy), I could imagine why Adam did what he did. His bottle is soooooooooooooo boring!!! All the while, I only bought Avent bottles as it helps to avoid colics among babies. 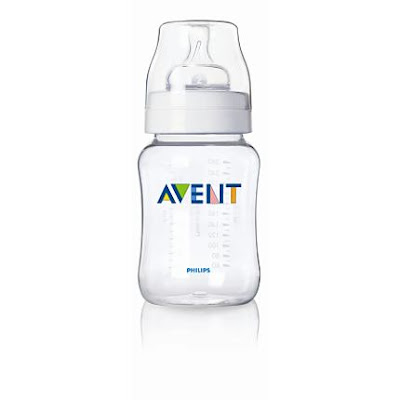 Considering he is already 15 months and is eating almost everything, I don't think colic is an issue anymore. So, I decided to buy him new types of bottles and he LOVED them! 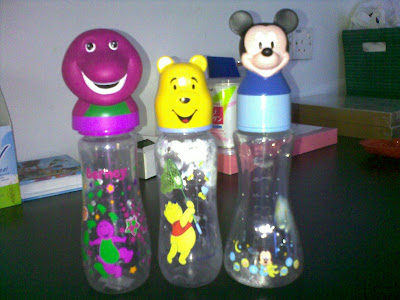 The only thing is, the teats doesn't last.. In less than 2 weeks, one of the teats is already torn. I wish the fancy bottles are available in wide neck versions so I could just use Avent teats which are really good and could last for quite some time. I am also clueless on the sizing of the holes and the teats materials. I saw some came in the yellowish colour and looks like it is thicker.. Anyone can recommend me a good teat?
Posted by mommy kam at 11:30 AM