Our Qorban this year..

This entry was supposed to be out much earlier when people are still celebrating Eid Al-Adha but I just received the photos from the photographer, i.e. my brother. Anyway, this is our Qorban* this year.. 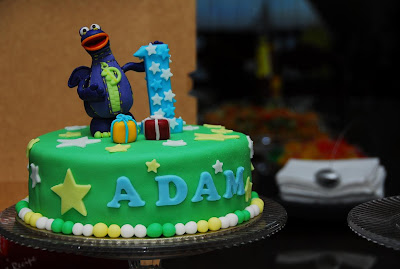 For non-Disney Playhouse enthusiast, it's Dibo the Gift Dragon! On the eid evening, we had a simple do to celebrate Adam's first birthday. Some of you might know that Adam was 5 days short of his 15th months' birthday last eid. So, the celebration is more of to make sure Adam won't scold me for being unfair to him when I myself, had a huge Number One shaped cake on my first birthday. To make the party looks good in pictures, we called some aunts and cousins to join in the celebrations. 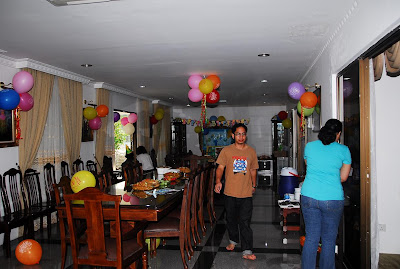 I am lucky to have an architect as a Sister-In-Law who helped me with the decorations and I am doubly lucky that she's a good cook too! Thanks Hafidz for giving me such a great SIL. 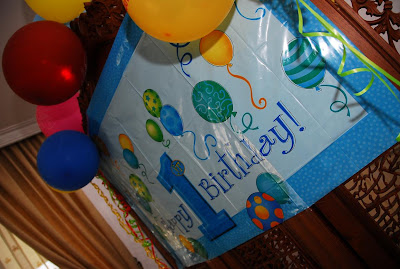 Never had I know that preparing for a birthday party took alot of time! We reached Terengganu early that Friday morning and the party was in the evening. Though the guests started to arrived at 5.30pm as scheduled, the party only began at 6pm. I should have had the party on Saturday instead so we could have a better preparation. 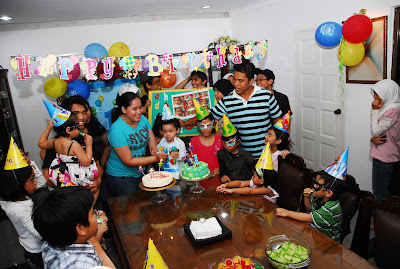 Though Adam was a bit blurred on what's happening, the most important thing is he recognized the Dibo on the cake and he loved it! As soon as he saw the cake, he raised his arms and started dancing! My boy is such a kaki joget! When we turned the cake for the picture during the candle blowing session, he stopped dancing. And when I turned the cake back towards him to cut it, he started dancing again! He's soooo cute! :D 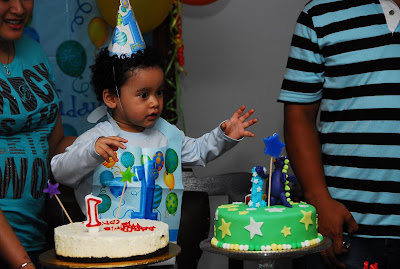 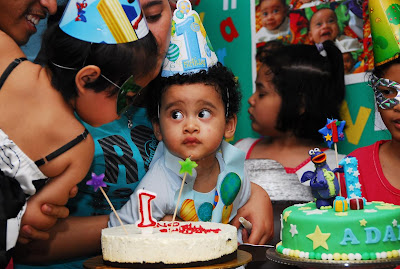 Alhamdulillah the party went well. There was enough food for everyone. We even had time to play a short game of musical chair. Though many of the kids has already left, we managed to persuade some of the not so small kids to join the fun! 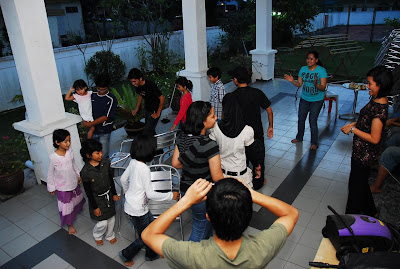 All in all, it was a great experience for me. Now I know how much it cost to organize a birthday party. And this is just a simple one mind you. I can't imagine how much did other parents spent for the birthday party that is complete with the clowns, bouncing castles, magician etc. 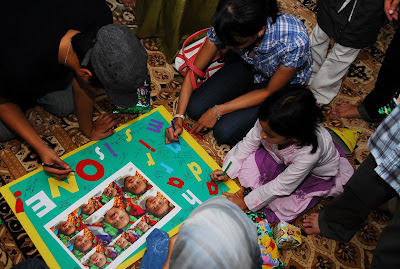 *You know I was just kidding about sacrificing Dibo right? ;p Here is a picture of Adam riding the real sacrificed goat for the eid. 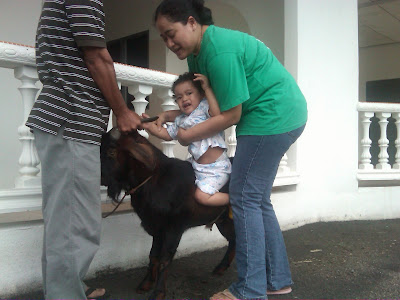 I'll write an entry on the cake soon ;p